Download
Overview ProjectKorra (Core) Version Updates (2) Reviews (10) History Discussion
Note: This is a very dark ability. But Bloodbending in itself is a very dark art. Deal with it.

Description: An extremely dark bloodbending move that allows you to bend the blood out of your enemies. You can even reuse their blood for other waterbending if you need to.

Usage: Hold sneak while looking at a mob or player. Smoke particles will start to be emitted off the mob/player and red particles will be given off in your hand. Once fully charged, either release sneak or click and a great amount of damage will be dealt to them as their blood is ripped out.

If a mob or player dies from having their blood ripped out, you can then reuse their blood was a water source for other moves.

Note: If a player releases sneak/clicks when the move isn't fully charged, the damage is scaled depending on how charged the move was.

Note 2: If a player is damaged while charging the move, the move will stop charging. This can be seen with the release of angry particles and a message to the user on the action bar. 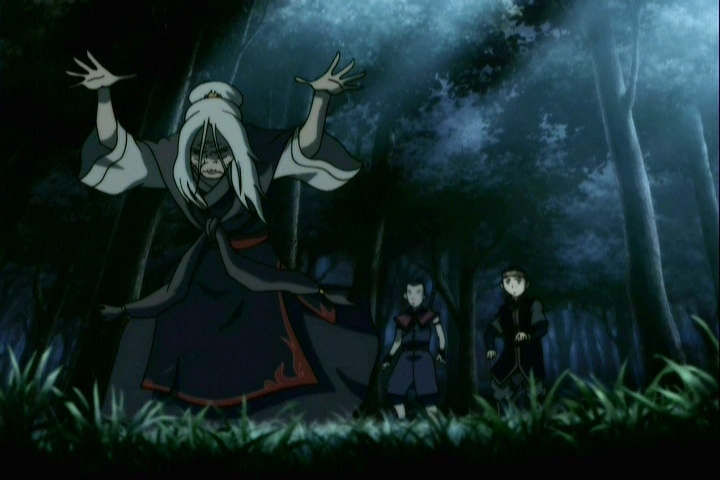 Configuration:
Code:
ChargeTime - The time it takes to fully charge the ability. In milliseconds (10 seconds default)
Range - How far away they can target other players. Players being targeted that move out of this range will stop being targeted.
BloodSource.Enabled - If a mob/player killed should leave a source of blood behind when they die
BloodSource.MaxTime - How long the pool of blood stays there. NOTE: If the entity killed is not a player, the time is shortened. Furthermore, if the mob is small like a chicken, the time will be very short. Increasing the value here will scale this feature.
CanKill - If the move is allowed to kill someone. If false, it will bring them to the brink of death.
MaxDamage - How much damage this move does when fully charged.

Permission: bending.ability.BloodRip (not default, even for bloodbending users)


"This is not an official ProjectKorra ability, therefore, no official support will be provided in any threads other than this one. Use at your own risk.

Works great
Nice
Looks great, when will you release the updated version from github?

StrangeOne101
Totally forgot. Will do that now. Thanks
This looks and sounds amazing! Any chance of a 1.8.8 update?
Honestly an awesome move. Won't see much arena usage due to the long charge time, but it's amazing nonetheless. Could totally see this in the anime! The water source part is cool as well, but sometimes it spawns actual water.

StrangeOne101
Thanks for the 5 star review! I'm aware that sometimes a water block appears briefly and that's because a water block actually has to be placed there, but is then just hidden from the player (this allows PK to treat it like a source). Not much I can do, but thanks for pointing it out anyway!
1-Hit KO if charged long enough. I can literally see that happening in the Anime. *Shook*.

StrangeOne101
Thanks for the 5 start review! I can definitely see it as well when charged long enough. Glad you like it lol
Excellent ability! This just ADDS to the resourcefulness of a Waterbender. I still think it's silly you can create massive waves from a small source, but I understand the amount of work required to make things logical, it won't effect the rating.

StrangeOne101
Thanks for the kind words! Right you are in that being difficult, and at the same time I don't think it's probably any different from big waves coming from a few blades of grass. So yeah, not realistic, but maybe when PK adds support for that (soon™) ;) Thanks for the 5 star review!
Nice MOVE! i really love the particles its really good, and yeah btw make more moves in waterbending, good job!

StrangeOne101
I'm aware that it is rather dark but bloodbending as a whole is exactly that. Either way, thanks for the review! But sadly I don't think anything can be done about it being questionable lol
Awesome move with great utility from the blood source

StrangeOne101
Glad you like it. Thanks for the 5 star review! :D
Read more…
Top