Staff member
Administrator
Hello everyone! I wanted to just give a quick few updates about what has been happening in ProjectKorra! I’m doing my absolute best to bring more consistency to the frequency of community updates. The development side of things can be a bit harder to schedule / create a set frequency, but these are totally doable.

We’re wrapping up ProjectKorra (Core) v1.8.5. We have found a few bugs that needed fixing before release and are closing in on a cleaner build. Expect a release this week after Tuesday (we’ll notify you if things change!)

The initial launch date was just a typo. I was looking at the calendar wrong. It turns out that August 4th is actually a Friday and we want to launch on Saturday instead. That means that the official date for the ProjectKorra Server launch is going to be Saturday August 5th @ 12:00 p.m. EST.

More information on the server is going to be coming down the line very soon.

Our featured servers on http://projectkorra.com/servers/ have been a huge success. I’m ecstatic that the feature received higher than anticipated support thus far. Because of this, we have been able to phase ads off of the forum completely while keeping ProjectKorra free to play.

That said, if you currently have a featured server block, you’ll receive an update at some point before Tuesday about renewing for August. Stay on the lookout!

If you haven’t noticed, we’ve hired a ton of new staff members lately! We’ve had a fair number of people apply to our staff and haven’t had the time to parse through all of the applications yet. If you haven’t received a response to your staff app, expect a decision soon.

I’m going to resist listing off all of the new staff members out of fear of missing them, but we’re happy to have so many new members of the team!

That said, we’re still looking for more Developers, Builders, and Digital Team Members. If you, or anyone you know is interested in applying, please use http://projectkorra.com/join-the-team/

I hope everyone enjoys the new forum theme. This theme is much more feature-packed than the last and I hope it serves us for a while. I still have some minor tweaks to make to it / optimization things to do, but it’s being worked on.

Thank you all for reading and being a part of this community! That’s all I have for now, but I told you I’d reward you for reading:

Here’s a screenshot without context. We’re going to leave it very ambiguous for now. Interpret it as you wish and expect more info soon

The model is @Sobki 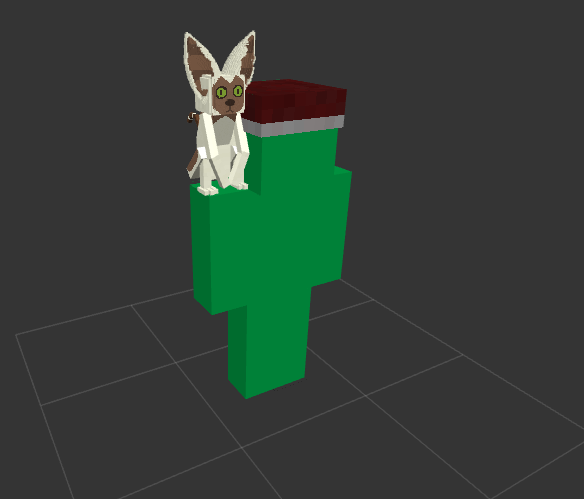 What a handsome fellow! and the thing on his shoulder is cool too

Wow, is that Momo-like monkey at the last screenshoot ?
Pretty nice.

I was thinking the same thing..

Anyways, I'm loving the constant updates! This is the kind of stuff I was hoping for a while ago, when things were dull. I hope all the new features and updates provides momentum for the future! If so, I see amazing things coming.

Who's that ugly thing momo is sat on

Wouldn't be a suprise. They have a modder as a dev that right now is rebotting the blockbender. Maybe they will make the mod officially apart of PK.

Happy that Mist keeps us inform, even If little things like how's the stable coming along. Didn't like how we were kept hanging most of the time in the past. Thank you for this information. Probably will come handy in the slightest.
Last edited: Jul 24, 2017

If you're Talking about that picture, It's just a Retextured Parrot. o3o

PlayingLemon said:
If you're Talking about that picture, It's just a Retextured Parrot. o3o
Click to expand...

Seriously?? How couldn't I notice this :O THIS COULD BE A TEASER TO A NEW RESOURCE PACK!

Staff member
Lead Developer
Plugin Developer
This is so funny

ViperMLG said:
Best part for me is that y'all staff think you know what's really going on
Click to expand...

Are you telling me they're laughing at us for no reason? Blasphemy...

They know what's going on with momo, but they don't know what I'll do next :^)

ViperMLG said:
They know what's going on with momo, but they don't know what I'll do next :^)
Click to expand...