COTE could use some improvement.

I think we can agree the COTE is too plain, simple and dull, and a few pointed that out.


xNuminousx said:
As you know, because I've already mentioned it (and I understand it is being worked on but I just wanna include it on this thread as well), the arena is looking a little under developed. I dont know if work on one has already started or not, but I would like to provide some of my personal opinions on what makes a "good arena."
So for starters, a Bending arena should be able to acclimate to all of all of the Bending arts. Such as:
Keep in mind, these are just my personal opinions. Feel free to conjure your own in your reply.
Next, an arena should be appealing. I typically enjoy an ancient theme when it comes to Bending arenas. For one, it's easier to include nature (AKA the 4 elements) into your build because they frequently weren't too overwhelming like New York City or a Spanish Villa. Some interesting medieval architecture would be awesome in my opinion. Add a couple structures, you could place signs that make it feel like an RPG map, have some flying balloons of some sort (possible Fire Navy War Balloon?????). This is the kind of architecture I enjoy but everyone's different. It'll be easier to design an arena fit for the 4 elements that way.
Click to expand...

paliate said:
Something I was disappointed to see was that there were very little plants for waterbenders in cote and the arena was insanely flat with no interesting additions to it. To have that be such an important arena with what looks to have very little effort put into it is upsetting and especially not what I was expecting.
Click to expand...

Yes, I know that it was intented to be simplictic and for WIP (whatever that means), but tbh regardless I still think it needs improvement even If it's based of an orion's timeline arena. Plugin has change through the years, so why we have to stick with non-changed met arena? Also, oddly enough, everyone plays there most of the time

MeskenasBoii said:
Also, I think the water river/stream should be deeper for two reasons:
Click to expand...

This could easily allow waterbenders to be more capable of trapping victims underwater to suffocate.

Then there can be added air pockets (like with Signs made) some in the corners/sides that vents through with a tunnel to a random location in the arena.

MeskenasBoii said:
Then there can be added air pockets (like with Signs made) some in the corners/sides that vents through with a tunnel to a random location in the arena.
Click to expand...

Or widen the rivers to give Waterbenders more space and change the way players spawn into the arena.

Like the option B, as for A - would take longer for normal players to swim to the shore/dryland.

MeskenasBoii said:
Like the option B, as for A - would take longer for normal players to swim to the shore/dryland.
Click to expand...

What are they doing in the middle of a river in the first place? I find it unlikely that they'd end up too far from one side because if they were thrown or pushed they'd end up more on one side then the other.

Depending on how with you want it to be. 5 blocks gap would be enough, or even maybe 7 but no more.

Considering they can fell in many circumstandal knockback ways, like knocked by surge and unfortunately for the victim that happen to fell in the middle of it.

Sadly, this still hasn't change, after my rant a few weeks pasted. Anyone that agrees with the issue that I addressed, voice this out on discord channel and in-game server too.

While I do suck at waterbending, I'll admit, but I feel like a decent skilled waterbender would have a problem with the current waterstream system. If see players duking it out at the sand far away from the water river, you as a waterbender watching them. Even If waterarms are useless in this situation, as you can only use it for 2 tries until the cooldown hits. Also, good luck fighting airbenders that airsuction you away from the vicitiny of bendables and they do as what they can do prevent you from reaching out your weapons.

God dammit, I don't even know which precise department of the server to tag on. @ViperMLG @Hades @AndDrew @MrMagicBlox @ApeMan_ @floory565 @NeedAGoodUsername @Aether @Moonelight I hope whoever is in charge of thinking the design /& creates it thinks through this a little bit and maybe considering looking into how to resolve it.

I have an idea! Go to the other arena :O. It's intentionally really simplictic and I'm keeping it like that. Plants get destroyed because the resets aren't automatic and happen about once every couple days. Deal with it. Sorry to be so blunt and rude but you've made so many posts in the discord and forums and now a thread that I'm getting really annoyed.

Well If you think

AndDrew said:
Plants get destroyed because the resets aren't automatic and happen about once every couple days. Deal with it.
Click to expand...

Than it could include more pools, If for some reason reset doesn't work properly. Think of it, this way: replace the stream with earth and change the remaining earth with water. Does that convient to you.

I guess this is the "we're all human" side of the staff I've heard so much about. If someone has a problem you solve it, don't tell them to deal with it. 1 players unsatisfaction could easily turn into many. I already don't play on the server because it lacks but this just kind of gives that a reason.

And you do have a point AndDrew, he could use the other arena. However I think he just wants Project Korra to be the very best that it can be and that includes its builds. You say it's intentionally simplistic but honestly it looks like someone didn't bother making it look nice, as long as we're all being honest here.

His many posts is a symbol of his care. He wasn't even attacking anyone in them, he was just trying to make a change. If you're getting annoyed, saying nothing would have been a lot better. He's literally pleading for someone to do something.

AndDrew said:
I have an idea! Go to the other arena :O.
Click to expand...

I would If people, but than people could lean to COTE and stay I'm basically left alone there. 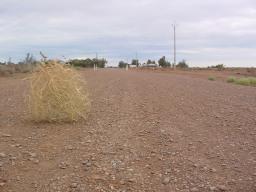 AndDrew said:
Sorry to be so blunt and rude but you've made so many posts in the discord and forums and now a thread that I'm getting really annoyed.
Click to expand...

To be honest, I only made that rant only TWICE. I thought it needs mentioning again, because I'm really concern that it might be plain and dull of a arena, not to just me since I haven't anyone say "I really like how the COTE is design" other than from the builder.

I know your aiming with the goal of making the arena unique for this server, but I got to tell you: other servers have better bending arenas than this one. Why? I already said why this one sucks with the constructive points.
Last edited: Aug 23, 2017
You must log in or register to reply here.
Share:
Reddit Pinterest Tumblr WhatsApp Email Link
Top