Ya know how each nation has their own emblem right? Welllllll add it to stuff like paintings could you also make it to where the emblem shows up in item frames? Ex: If you put grass/stone in the frame it shows Earth emblem, water bucket shows water emblem, flint/steel or fire starter or torch shows fire emblem, cob web or glass is air emblem, sword/arrow/armor is chi emblem?

Your choice of items for the item frame to display might not meet everyone's indentical interpertation, and thus where I see the problem.

It also leaves no choice for the flexibility/customize for the users to choose from: One can agree with the item you choose to represent particular insignia(s), but I also the problem where some of people disagree with your choices of items for the particular symbol it represents.
I would honestly prefer banners over items frames with the corresponding color (blue, green, red, light gray, orange). Easy to get a hang of it and really fits in well.

If we ever get a mod, banners with those pattern symbols should come exclusive. Perhaps they can have a transparent pattern or instead - come as an object called "Stamp", in which you can stamp the insignia to any block.
Last edited: Apr 24, 2017

xNuminousx said:
this suggestion is shit
Click to expand...

It is actually good suggestion, but I personally don't like paitings and item frames with specific item equipped that transform it into the corresponding items. You heard my rant about utilizing item frames, as for paintings: they're kinda annoying because you be pretty much playing Bingo! If you ain't feeling look.

I did had thought for elemental emblems to be incorperated in a resource pack before.

I just check with google because I felt I was having a Madela Effect, but I found something interesting: 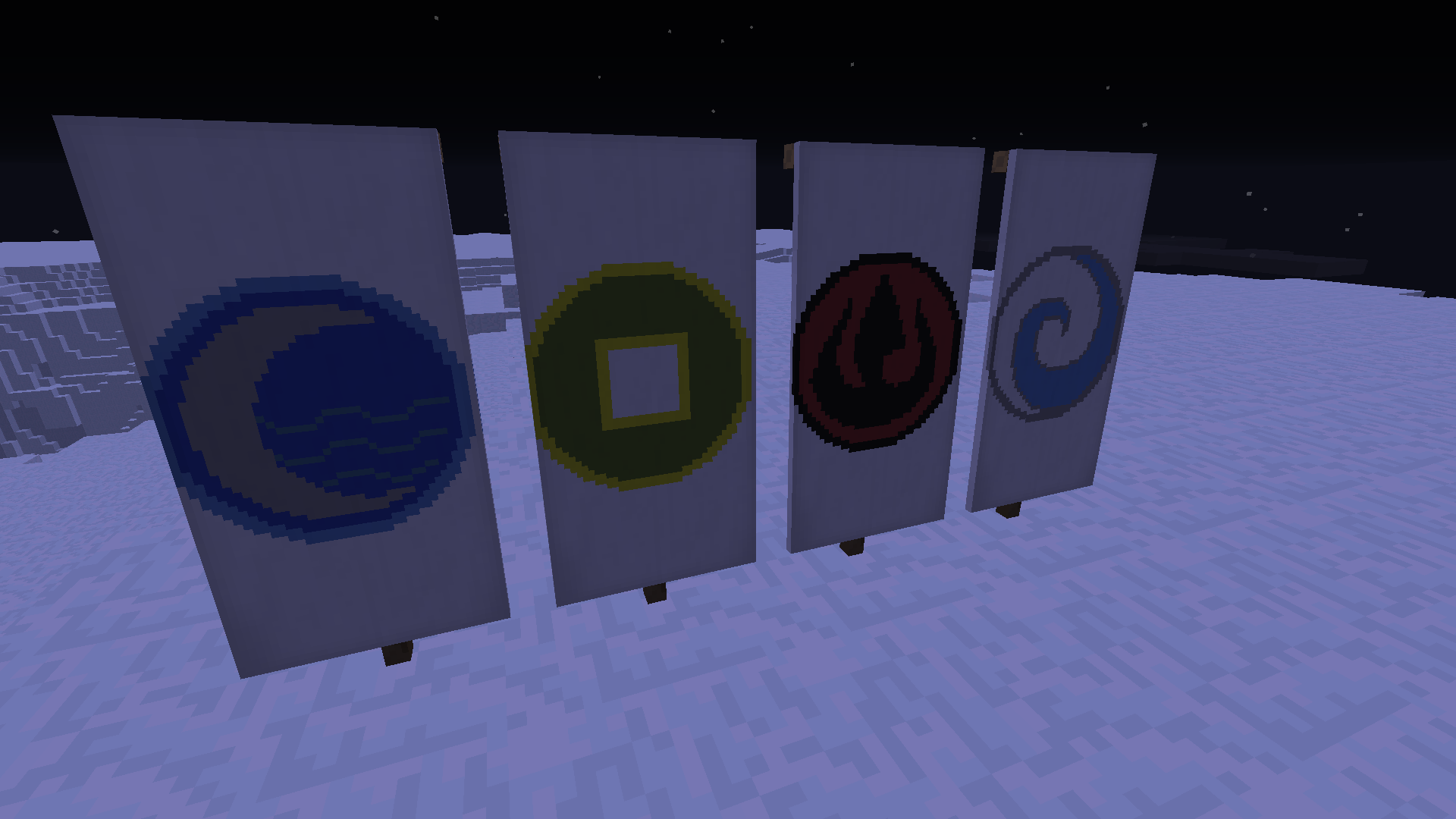 Of course theif background should have the same color instead of plain white. If I believe correctly, those represent the respective nation insignias, not bending arts. I think we should split the "Emblem" layerable texture pack into two versions: one for nation insignias (in the picture), other - bending arts. Oh and another better idea: those could branches-- well no, not branch, but like both of those versions come into more multiple blocks that aren't just banners, but anything that has color.

These layerable resource could come in these forms of colored stuff:

MeskenasBoii said:
they're kinda annoying because you be pretty much playing Bingo!
Click to expand...

If they gonna provide all 5 in one different six for everyone I'd say go for it. If not, do the banner thing.